On Monday, the UK Government published its long awaited digital strategy. It replaces the existing (2017) strategy and sets out plans for how the UK can “strengthen its position as a global science and tech superpower”.

The UK is starting, the strategy says, from a position of strength. It has more tech unicorns than France and Germany combined and saw more private capital flow into UK tech last year than any other European country. It is also world leading in areas such as AI, quantum computing (interestingly the MoD recently bought the Government’s first quantum computer) and semiconductor design. However, to build on this strength and support sustained digital growth, six areas of action have been identified.

1. Digital Foundations
The strategy highlights the following four "foundational pillars" for a growing digital economy and discusses actions the UK can take to support them:

ii. “Harnessing the power of data”, much of which has been discussed in the National Data Strategy. The Digital Strategy also mentions existing plans to:

- reform parts of the UK GDPR “in a way that is compatible with maintaining the free flow of personal data from Europe.” The Annex, which contains a summary of actions, mentions new laws which will make the UK a “leader in legislation that will enable the flow of data across borders”;

- legislate for smart data, as mentioned in the Queen’s speech; and

iii. “Using the freedoms conferred by Brexit to implement a light-touch, pro-growth regulatory regime". This will, the strategy says, lead to regulatory competitive advantages in areas such as AI, data and digital competition. The regulatory landscape must also be coherent, and the Digital Regulation Cooperation Forum should help with this. Details on further statutory measures to support coordination across regulatory regimes will be set out in the Government’s response to data reform. In addition the Online harms bill should help ‘keep the UK safe online’ and fight disinformation, whilst also arguably encouraging growth in the UK’s Safety Technology sector. This sector provides companies with the products and services they need to detect and address harmful and illegal content online. It is one of the fastest-growing areas of the UK’s digital economy, and an area the Government says in the strategy it is supporting. The strategy also confirms that any regulation of AI will be "pro-innovation and light touch" and suggests that the white paper on the governance of AI (promised in the recent AI strategy) may be published later than expected. The strategy now states it will be published by the end of the year.

iv. Placing security at the heart of their approach - ensuring that the UK’s tech and digital security is defended from hostile state threats and that intellectual property is protected. A host of current and planned legislation are designed to assist with this, including the National Security and Investment Act and updates to the export control regime to help protect national security, the Telecommunications (Security) Act 2021 which includes new duties on public telecoms providers to identify and prevent security compromises, and new rules for consumer protected devices and (possibly) app stores and managed service providers.

2. Ideas and intellectual property (IP)
Ideas and IP are fundamental to any technology business and successful digital economy. The UK must therefore invest in R&D (both Government investment, and stimulating private investment through R&D tax incentives), get better at commercialising ideas from academia and grow its expertise in technologies of the future. These include AI, digital twins, semiconductors and quantum computing.

3. Skills and talent
It is vital to ensure that tech businesses have access to the skills and funding they need to innovate. This includes working with schools, universities and businesses to develop the digital skills that are needed as well as looking at how to attract overseas talent (e.g. introducing the new High Potential Individual and Scale-up visas).

4. Financing digital growth
The UK will encourage investment through its current VC investment incentives (schemes like the Seed Enterprise Investment Scheme) and build on its strong domestic investor market for early stage companies. It will also look at other ways to facilitate investment into the UK’s digital economy. For example, it could follow the US model of enabling financial institutions such as pensions funds to allocate more capital to pre-Initial Public Offering. In addition, the Government will continue to promote the London Stock Exchange as the best place for digital tech firms to list. This will include changing the rules to make it “the go-to exchange for tech IPOs”.

5. The whole UK: spreading prosperity and levelling up
This includes spreading funding throughout the UK, for example funding the adoption of cutting-edge technologies in all regions through schemes such as the Northern Powerhouse Investment Fund. This section of the strategy also briefly discusses:

i. plans to change public procurement rules to enable a more flexible and innovative approach to tech procurement; and

ii. digital’s role in supporting the UK’s net zero goals. Government incentives to support this include funding and support for data centres to transition to more sustainable energy usage.

6. Enhancing the UK’s place in the world
Digital technology will take on “increased geo-political significance” as it becomes ever more central to a country's economy and external influence. The strategy discusses global leadership in terms of:

i. governance and values;

iii. the UK achieving its priorities through international partnerships.

For example, the UK is a founding member of the Global Partnership on AI and it intends to increase its formal representation in global digital technical standards bodies. It is also planning to work through the OECD and G7 to help shape international standards and norms in areas such as international data governance and it will seek to include a chapter on digital trade in new trade agreements.

The UK has published a maze of strategies and plans over the past year or so, many of which are interlinked and overlap. The digital strategy is no different. It builds on the 2021 Innovation strategy, and (the government says) “sits alongside priority areas that are so important that they require a specific strategy of their own.” Examples of these include the recent AI and Cyber strategies, and the semiconductor and quantum strategies which are due to be published later this year. It helpfully pulls together many different strands into one place but much of the detail published in this strategy feels familiar and/or relatively short term. Recognising this fact, Tech UK note that it is “a missed opportunity”. Many of the actions listed are already in play or will be completed by 2025 and it is missing any longer term vision on how digital technologies can help the UK tackle systemic problems such as low productivity. It is also lacking key targets or metrics to measure progress. That said they, and others, broadly welcome the strategy, and it does suggest that the Government is focussed on supporting this important sector through both legislative/regulatory action and some financial incentives.

"Estimates commissioned by the Government suggest that our approach to supporting and strengthening the digital economy could grow the UK tech sector’s annual gross value added (GVA) by an additional £41.5 billion by 2025" (Chris Philip MP, Minister for Tech and the Digital Economy) 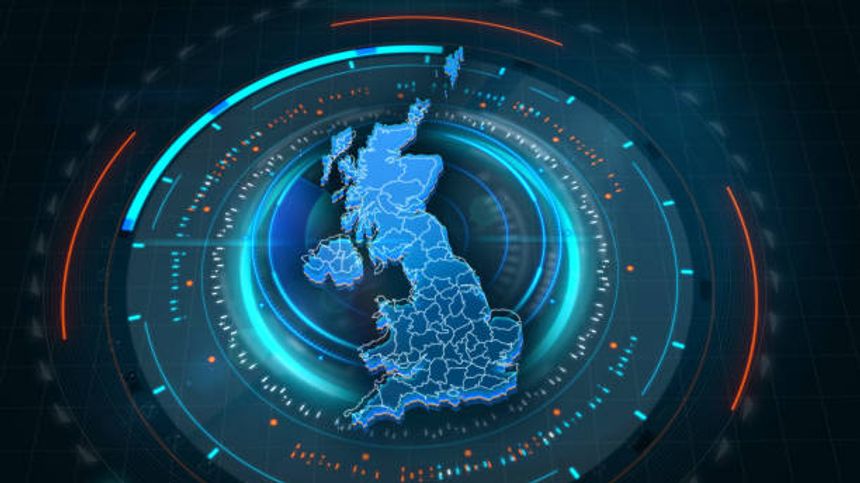