On 24 March 2022, the Court of Justice of the EU handed down its decision in the snappily-named case Austro-Mechana Gesellschaft zur Wahrnehmung mechanisch-musikalischer Urheberrechte Gesellschaft mbH v Strato AG (Case C‑433/20). The CJEU was asked to consider questions referred by the Higher Regional Court of Vienna on whether the storage of content in the context of cloud computing came within the ‘private copying’ exception in Article 5(2)(b) of the Copyright Directive (2001/29/EC), and if so, how ‘fair compensation’ was to be paid to rightsholders.

The case will be of interest to a range of businesses offering digital reproduction equipment and media, and to those operating within the wider fields of technology and intellectual property rights. The case largely follows previous judgments, confirming that rightsholders are entitled to fair compensation if the relevant Member State’s law permits their work to be reproduced by individuals for private, non-commercial purposes – including by way of cloud storage. However, national law may require such compensation to be payable by the businesses which make the relevant digital reproduction equipment, devices and media available to private users for such purposes. As such, this cost should be factored into the sale price charged by such businesses to their customers.

The decision is also a useful reminder of why legislative provisions are drafted in a technologically-agnostic manner, to avoid technical developments circumventing principles intended to have broad effect.

As readers will know, copyright generally provides authors, performers and producers with exclusive reproduction rights in relation to certain types of creative work. However, the ‘private copying’ (or ‘private use’) exception in Article 5(2)(b) of the Copyright Directive allows Member States to permit reproductions of works ‘in any medium’ by a natural person for private use and for ends that are non-commercial. Rightholders must also receive ‘fair compensation’.

The UK (and Ireland) have not in fact implemented Article 5(2)(a) and (b) of the Copyright Directive (although the UK did briefly introduce a private copying exception, it was quashed by the High Court for lacking a fair compensation regime). Nevertheless, businesses offering relevant products or services in the EU (including in a cross-border context) should continue to take note of the potential need to impose a levy on the sale of their products or services in certain contexts.

Background to the case

This was a dispute between Austro-Mechana, a copyright collecting society, and Strato AG, a provider of cloud storage services. Austro-Mechana (which has previously brought cases against Amazon, for example) brought the case on behalf of rightholders, seeking to exercise their rights to compensation under the Austrian legislation implementing the Copyright Directive. The key issue concerned remuneration payable by Strato in respect of the provision to its customers of a cloud computing storage service known as ‘HiDrive’.

Using the cloud storage provided by Strato, individuals in their private capacity were saving copies of works protected by copyright. If the private copying exception was applicable, fair compensation would be payable to rightholders.

Question 1. Saving on a cloud = reproduction on any medium?

First, the CJEU was asked to determine whether saving copies of works on online cloud storage services were within the meaning of ‘reproductions on any medium’. The Austrian court had found that Strato did not make storage media available to its customers, and only provided an online storage service.

However, the CJEU unsurprisingly held that: (i) users saving work onto a cloud storage solution made a ‘reproduction’ of that work; and (ii) a cloud service was a relevant ‘medium’, as this can refer to ‘all media on which a protected work may be reproduced.’ These findings were in keeping with the principle of ‘technological neutrality’ (being agnostic about the exact technology in question to future-proof the law) and the broad scope of the relevant wording in the Copyright Directive (as emphasised in the Infopaq case).

Question 2. What is fair compensation?

Difficulties in applying these principles

However, there may be practical difficulties in applying these principles, such as how you identify the individual private users and set an appropriate level of compensation (given the harm caused by each private user is likely to be de minimis).  In Austria, the law seeks to address these by providing that compensation is payable by ‘the person who, acting on a commercial basis, is first to place the storage media or reproduction device on the market from a place located on national territory or abroad.’

Nevertheless, further difficulties become apparent which are less easy to solve. For example, the CJEU noted that, if the levy is payable in respect of several devices and media in a single process of storing protected works on the cloud, the total of these levies must not exceed the possible harm to rightholders. Things become more complicated where multiple jurisdictions are involved. In this case, Strato argued that it had paid the levy as part of the price of its servers in Germany (where they were hosted), while users had also paid a levy in the price of their terminal equipment in Austria.

Despite noting these points, the CJEU did not really grapple with, or offer a practical solution to them. It therefore remains to be seen how the Austrian court will seek to apply the principles once the case returns there.

[The private copying exception] must allow and ensure the development and operation of new technologies, and must safeguard a fair balance between the rights and interests of rightholders and of users of protected works who wish to avail themselves of those technologies 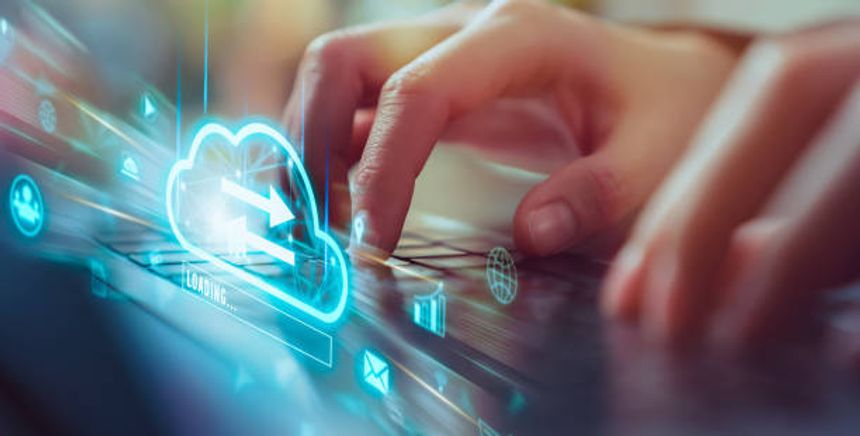