THE LENS
Digital developments in focus
All Posts Subscribe
May 18, 2022 | 3 minutes read
Reposted by Beckie Nye from Sustainability

Environmental experts have sounded the alarm over a new boom in digitising carbon offsets. Carbon offsets are generated from reductions in greenhouse gas emissions, which may then be utilised by companies to compensate for greenhouse gas-emitting activities. More recently, the trend has been for these offsets to be converted into digital tokens which can then either be used to directly offset emissions, for instance through planting trees, or converted into a new cryptocurrency, Klima. On its website, Klima describes itself as ‘a digital currency backed by real carbon assets’ which will allow its users to ‘fight climate change and earn rewards’ through exposure to the rapidly growing carbon market. Klima states that conversion takes place through a ‘rigorous scientific-backed process’ which involves an independent third-party measuring and verifying each emission reduction. Klima ultimately envisions that crypto will help to solve the climate crisis through driving up demand for offsets and therefore the price of carbon.

Since October 2021, almost 20 million carbon offsets have been converted into digital tokens, which are able to access a deeper and more liquid market than fungible carbon credits. Carbon offsets which are traded without being converted into digital tokens must confront a much more traditionally structured market, involving brokers and other intermediaries. Due to these advantages, the market for digital tokens has the potential to become larger in size and scope than the traditional market. The uptick in investors consequently favouring digital tokens has occurred alongside a rapid increase in the price of the underlying offsets, which have increased from $4.65 per tonne to more than $14 in under a year, while the price of Klima rose to a record high of more than $3,600 in October 2021. Klima claims that it has absorbed 17,283,745 tonnes of carbon to date, which is equivalent to planting over 86,000 hectares of forest and erasing the climate costs of more than 3,700,000 cars and 513,000,000 litres of petrol.

Whilst at first blush this looks promising from a climate perspective, more recently the uptick in digitised carbon offsets has led to increasingly desperate crypto traders searching the markets for older and therefore cheaper offsets to buy and tokenise, with many of these ‘junk’ offsets having been produced prior to 2010. Strategies for sourcing ‘junk’ offsets are widely shared on online messaging boards. The fact that both the digital asset and carbon offset markets are largely unregulated has made this activity possible. Yet, before this shift, potential buyers had been deterred by concerns that these old credits would likely fail to represent the carbon savings they promised.

This trend towards ‘junk’ offsets has concerned climate experts who question the extent to which the digital carbon market is still motivated by primarily environmental concerns, particularly in light of the energy-intensive nature of some elements of the market. Gilles Dufrasne, policy officer at the not-for-profit association Carbon Market Watch, is reported to be concerned about the potential for the laundering of these poor quality ‘junk’ offsets. As a result, purchasers who intend to offset their emissions might be unaware that their underlying units are ‘junk’. Vaughan Lindsay, the CEO of the offset seller Natural Capital Partners, has added that current developments in digitising carbon offsets are reminiscent of the problems inherent in high-risk and complex collaterised debt instruments. Businesses should be advised to query the source of their digital carbon offsets and their true equivalency. The interdisciplinary research group Oxford Net Zero has cited the potential of the carbon offsets industry to “obfuscate the key question [for anyone buying offsets]: did you unequivocally remove or reduce a tonne of carbon?”

Nonetheless, on balance this increased attention on digital carbon offsets is likely to be beneficial from an over-arching ESG perspective because it will likely lead to a larger and more liquid market, which may in turn bring about greater demand for carbon reduction activities which generate offsets as well as greater use of the offsets themselves by commercial organisations. Although there are inherent challenges with this growth and commercialisation of the digital carbon market, further discourse and demand is likely to ultimately drive investment in the sector and, in particular, in finding solutions to the various growing pains associated with a growing market, all with the aim of increasing investor confidence in the authenticity of the offsets and stabilising the market as a whole. It is likely that these solutions will be both technology and regulation-led, and could include for instance a government-issued digital carbon currency or a new platform which allows investors to independently verify the carbon savings provided by credits. 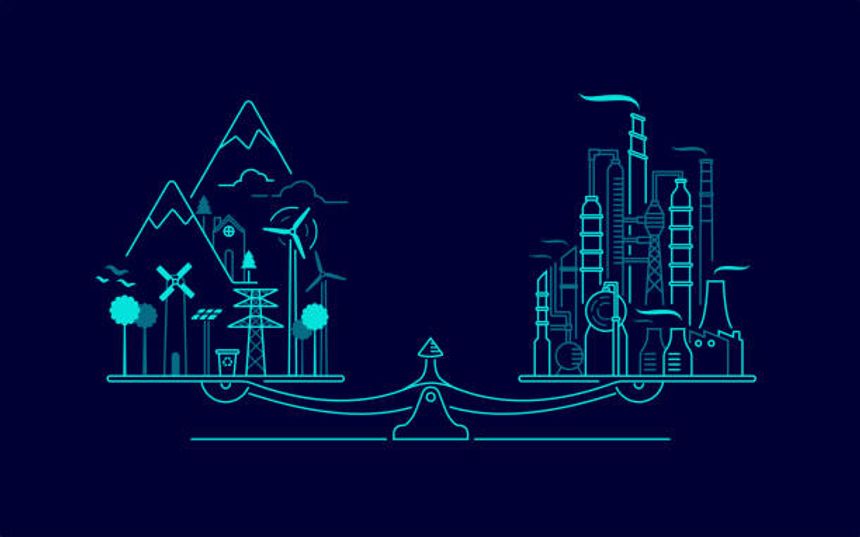