The CMA's vision for pro-competitive digital markets: the SMS regime 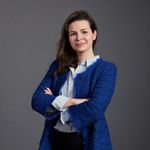 After much anticipation, on Tuesday, the CMA delivered the advice of its Digital Markets Taskforce to the government on the design and implementation of the UK's new pro-competitive regime for digital markets.  The Taskforce's advice supports the government's previous announcement to set up a Digital Markets Unit (DMU) housed by the CMA from April 2021 to oversee the implementation and enforcement of the Regime (see our previous blog post on the DMU).

The CMA’s proposals are based on principles, rather than on rules or outcomes.  It recommends an ex ante regime that will apply only to SMS firms (firms with "strategic market status") - "meaning those with substantial entrenched market power and where the effects of that market power are particularly widespread and significant".  Whilst the definition of what exactly "entrenched market power" is remains to be seen, it is clear that any remedies should be limited to designated activities rather than to a firm as whole.

The new Regime will be based on three pillars:

Given its wide-ranging implications, the Taskforce urged the government to move quickly in taking the legislation forward.  The government has committed to launch consultations on the Taskforce's recommendations in early 2021 as well as to give the DMU statutory footing as soon as parliamentary time allows.

"the UK needs new powers and a new approach. In short, we need a modern regulatory regime that can enable innovation to thrive, while taking swift action to prevent problems" (Andrea Coscelli, Chief Executive of the CMA)