How to get someone to pay for your wall

Ever since my husband got an iPhone, I have become 'quite' familiar with the yellow BBC Sports banner at the top of the screen, because he is almost always reading sports news, and usually about one sport in particular, football.

But starting this season, a bold black backdrop might replace that golden stripe. The Athletic, a U.S. sports news subscription service, has entered the UK market in a big way, hiring 50 of the country’s biggest names in Premier League reporting. Contrary to most news outlets, The Athletic shows no ads and instead charges a subscription fee. It’s betting that my husband, and thousands of fans like him will pay for their favourite journalists’ take on transfers, injuries, tactics, post-game analysis, and of course VAR.

Technology has disrupted almost every sector of the economy, forcing companies to rethink business models and redefine success. Nowhere possibly is this more apparent than in newspapers where the traditional two-sided market (of advertisers trying to reach potential customers, who in turn fund the quality journalism that attracts readers) has been turned upside down by (i) an infinitely greater number of sources for news at readers’ fingertips, (ii) access to potential customers via other online content, e.g. games, search, video, social media, and (iii) a general expectation that news online should be free. The effect this has had on news outlets is more than a shareholder concern, with regulators calling for action to protect the fourth estate (see e.g. here and here).

But some news outlets are managing to thrive off a one-sided model. In a time where "news" is omnipresent, there appears to be significant (i.e. above and beyond willingness to tolerate ads) demand for quality (e.g. the New York Times and the Washington Post) and focused content (e.g. the Wall Street Journal and the Financial Times). All of whom report healthy paid digital subscription figures.

Enter The Athletic, which has applied this model to the sports pages. The app emerged out of Y Combinator in 2016. The famous Silicon Valley start-up accelerator, which invested early in the likes of Airbnb, Reddit, and Dropbox, has a simple motto - "Make something people want". If my husband’s reading habits are anything to go by, The Athletic has hired what thousands of football fans want and perhaps what they’ll pay for. 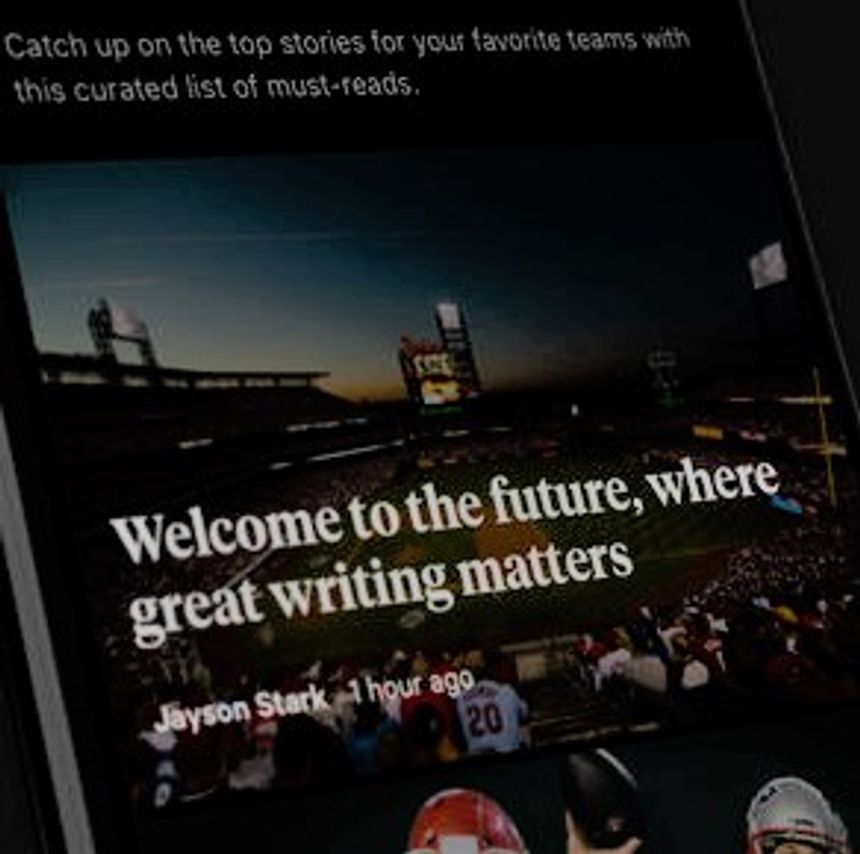 This piece from editor-in-chief @AlexKayJelski explains what The Athletic is trying to do in sports# writing. Have a look: What to expect from The Athletic UK – The Athletic https://t.co/k1eKvfjP7V

The Athletic launches in the UK with focus on ‘local’ coverage of Premier League football teams – Press Gazette https://t.co/1rU1nasJt0