Artificial creativity: copyright and the rise of AI art

In late October last year, an AI-generated portrait sold for $432,000 (over 40 times its pre-sale estimate) at Christie’s in New York. Entitled Portrait of Edmond de Belamy, the work was created by a Parisian art collective using a Generative Adversarial Network (GAN). The GAN’s “generator” produced a series of new portraits based on a data set of 15,000 works painted between the 14th and 20th centuries. The counterpart “discriminator” then evaluated each new work against the data set to establish whether it was a plausible portrait, and the final product was printed onto canvas.

Last month, a GAN-based installation elicited a more subdued response at Sotheby’s in London, matching its estimate of £40,000. Mario Klingemann’s Memories of Passersby I consists of a processor (similarly trained using a data set of historical works) which projects a real-time stream of new portraits onto two screens.

Under UK law, the first owner of the copyright in a work is the creator of the work. Both Portrait and Memories have generally been attributed to their human artists, but who is the true creator of an AI artwork?

As a real-time installation seemingly requiring no human input, Memories was heralded as a fully machine-curated work. Portrait includes a line of algorithmic code in its bottom right hand corner, in place of a human signature. Even so, there is no escaping the significant human intervention required to create these works, from writing the code underpinning the GAN, to building a data set of reference artworks and (in the case of Portrait) even selecting and printing the final piece.

The most likely theory (for now, at least) is that the artist simply uses AI as a medium or tool. UK law follows suit, allocating ownership of the copyright in a computer-generated work to the person “by whom the arrangements necessary for the creation of the work are undertaken” (although, interestingly, computer-generated works qualify for a shorter copyright duration than other works).

These provisions have not been entirely uncontroversial, but it seems the law is currently keeping pace with this early evolution of AI art. Independent artificial creativity is still some distance away, but will certainly bring with it a range of new challenges, for copyright law and beyond.

I don't want to go as far as to say that what we have here is an intelligent entity, but maybe it is a glimpse of a future symbiosis we might have with intelligent machines. 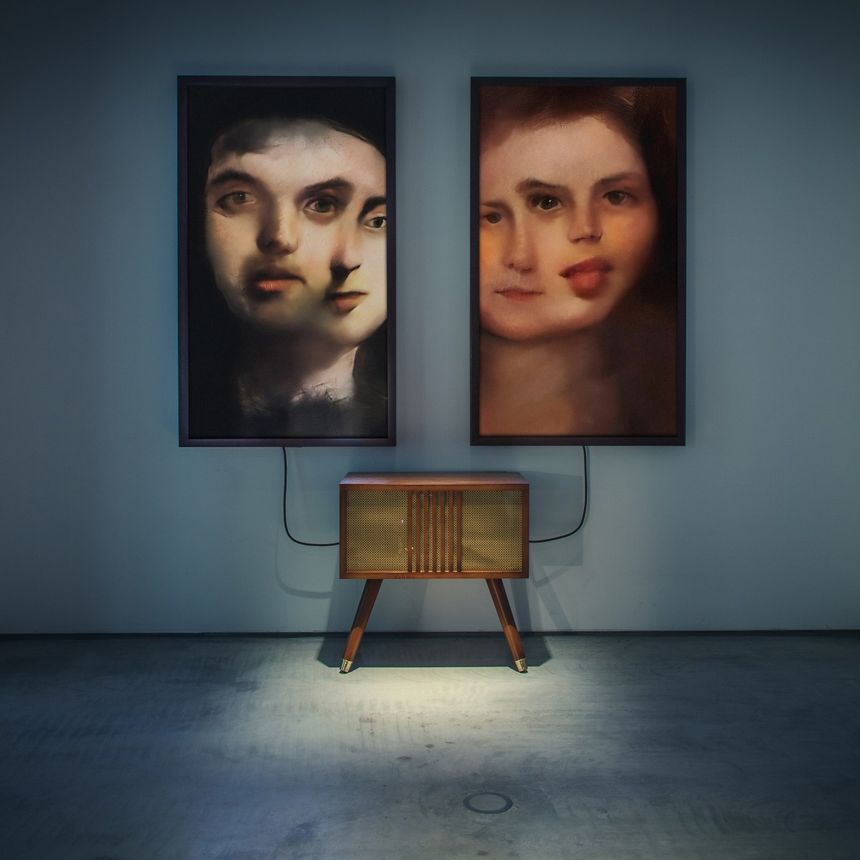