This week saw the EU take one-step closer to its goal of creating a digital single market. From 3rd December new rules banning unjustified geo-blocking and other forms of discrimination based on a customer’s nationality or place of residence/establishment have applied in all member states. They were introduced as part of the EU’s wide-ranging Digital Single Market Strategy.

While this is great news for customers frustrated at being re-directed to country specific websites selling goods or services at higher prices than elsewhere in the EU, it has received a less enthusiastic welcome from some traders facing additional regulation.

Since we published our article on the geo-blocking rules, the Commission has released a new set of FAQs aimed at providing practical guidance on how to apply those rules. The UK Government has also published:

1. a new law setting out the UK's enforcement regime – the EU’s Geo-blocking Regulation enabled member states to set their own regime provided it was effective, proportionate and dissuasive. The UK has extended current consumer protection rules to give enforcement bodies like the Competition and Markets Authority powers to apply for court orders against traders requiring them to stop any infringing behaviour. Customers also have the ability to bring civil actions against traders where they have suffered loss or damage; and

2. a no-deal Brexit notice, confirming that the EU’s Geo-blocking Regulation will cease to have effect in UK law post Brexit in a no-deal scenario.

Brexit may mean UK customers have a relatively short period of time to benefit from the non-discriminatory effects of the Geo-blocking Regulation, depending on whether the UK and EU enter into a transition period post March 2019, and what (if any) trade deal is done - interestingly, the recently published draft political declaration on the future EU/UK relationship discusses facilitating e-commerce and addressing “unjustified barriers to trade by electronic means”. However, its extra-territorial reach means the rules are here to stay for UK traders selling relevant goods/services into the EU. 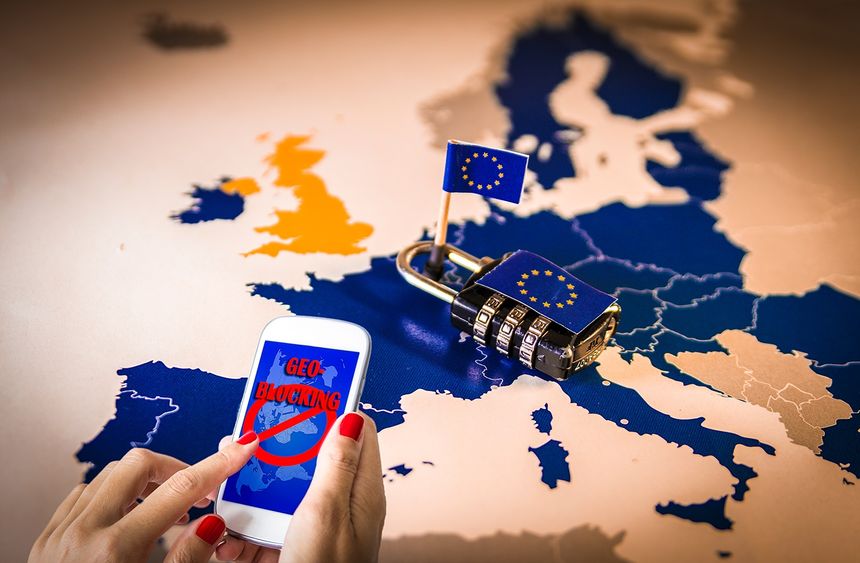