Over the last week or two there has been lots of debate about unnamed 'technological solutions' for avoiding a hard border in Ireland. So what are these mooted solutions?

Firstly, we need to establish what this type of border is usually used for, taking into account pedestrians, cars, freight and trains. Air travel is not as pertinent as there are already measures in place. Taking these in turn:

1) Pedestrians. The increasing sophistication of facial recognition technology, and its interface with AI to quickly analyse multiple databases, provides an initial possibility.  Live examples can already be found at various major airports.

2) Goods transport. A lot of this could in theory be dealt with before reaching the border - currently, much freight documentation is dealt with digitally. By entering the roster details onto supply-chain software (that could leverage blockchain technology) and potentially even by using gamma/x-ray scanners to monitor cargo as it passes through, we could avoid the need for manual checks.

3) Motor transport. This gets slightly more tricky because the facial recognition camera may not be able to accurately see all the faces in the car. Perhaps if there were enough cameras in different positions, coupled with Automatic Number Plate Recognition (ANPR), GPS phone tracking and preregistering your passport online (or a block-booking for regular commuters), it might work.

4) Trains. We could again look at facial recognition onboard trains and preregistering passports, coupled with biometric/fingerprint scanning at stations.

I think the overriding theme here is that we are not actually avoiding a border at all - it will only be a case of making the border as invisible as possible, which is known as 'policing at a distance'. As referenced in the quoted article, some countries are already implementing borders like this (e.g. Norway), but the chances of this being implemented by the transition period deadline in December 2020 appear slim.

In conclusion, we can see that there is some technology available that could form a smart border toolkit (even with a fair bit of speculation), but whether it works in practice certainly remains to be seen - and that is not considering the substantial costs involved.

the movement of vehicles may be monitored using Automatic Number Plate Recognition (ANPR) at unmanned border crossings, requiring cameras to read number plates (as in Norway) 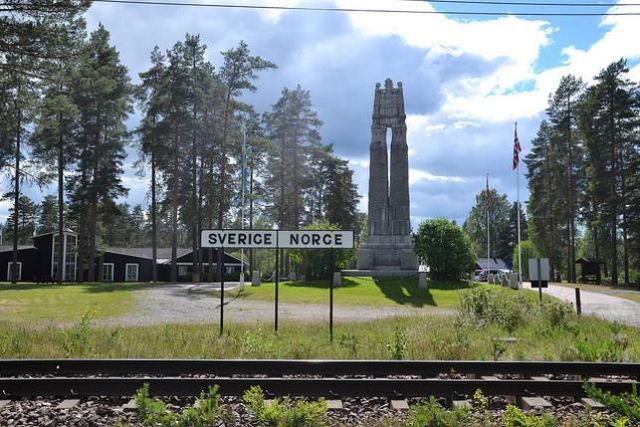 Max Fac is back... No10 says Cabinet today discussed the new “alternative arrangements” option to avoid the Irish backstop (which we revealed last night), and how technological solutions could do that. Fresh work now under way on it.https://t.co/xMmCJnv7mM

Cabinet was told today that "technological solutions" could present an alternative way out of the NI backstop arrangement. That was what May told IDS yesterday that led to Brexiteers leaving No10 without commenting to the media.

Disappointing that @morningireland didn’t challenge Owen Paterson to give any instances where his technological #brexit borders are actually in operation; never mind failing to challenge his pie in the sky ERG customs solutions

In which the DUP accepts that - as is now clear to all bar the small band of believers in technological solutions to the Irish Border - this is the only way of keeping the whole U.K. in the same regulatory and customs zone while delivering Brexit. https://t.co/xBudmPZnrL

Hydrogen is making a comeback
Anonymous

The dark side of IoT
Anonymous

LegalTech and law school
Anonymous
Recent posts from The Lens